The good news - this is much easier than you think! All you need are:

1. Digital Bathroom Scales. We have tested multiple variants including the internationally available IKEA 'Halen' model. We have yet to find a poor performing scale.

2. HX711 Load Cell Amplifier. You can purchase them very cheaply from Banggood, however the Sparkfun version is an excellent choice.

3. Arduino. We have tested the code and amplifier on Arduino UNO (i.e. Atmega 328p), MEGA 2560 (i.e. Atmega 2560), Zero/SAMD21 mini and Teensy microcontrollers. It has worked well on all of them. If you have one already try it out. If you are looking to purchase one I strongly recommend the ADAFRUIT Feather 328p proto. It is a low-profile variant of the Arduino Uno, and is quite low cost. It can be permanently mounted underneath the scales as simply as gluing it on to reduce trip hazards and risk of damage to the system. 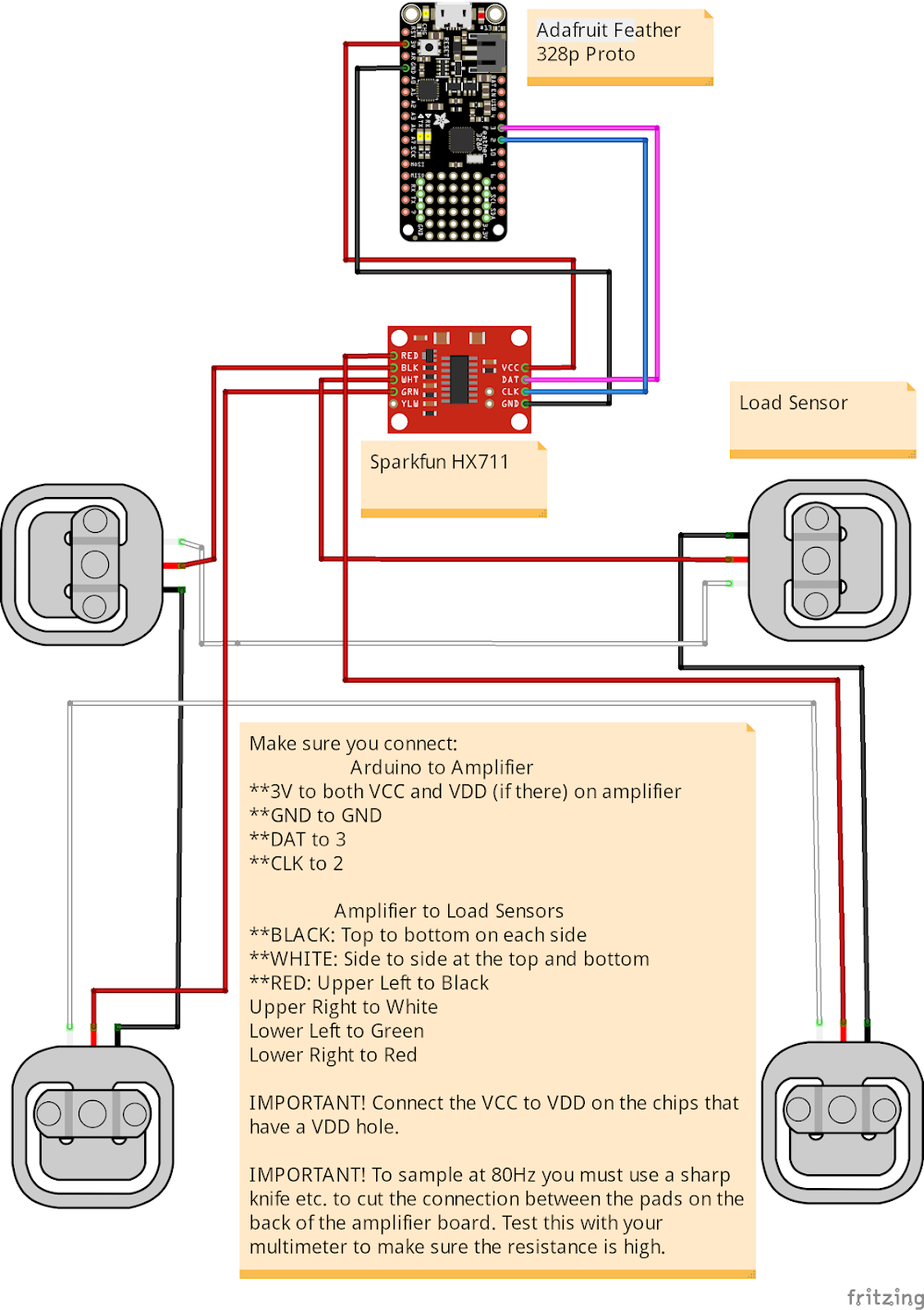 You can use the software from the LOAD CELL STRENGTH TESTER page to collect raw data, perform calibration and measure forces through a scale. Just follow the instructions to upload the Arduino code to the microcontroller, install the setup software and run the program to calibrate and collect data.

How far can you push them?

Here's an example of a wireless, dual bathroom scale system created with batteries that last for months without charging. This system was designed specifically for high risk patients, and includes anti-rock attachments and non-slip resurfacing using carbon fibre look vinyl. Underneath it is a system that looks the same - but used real carbon fibre plates and 3D printed load sensor enclosures to allow for much higher loading than standard bathroom scales. These pictures were taken before the microcontroller and amplifier were connected, and show the mounting of the load sensors.